In the fall of 1958, a steering committee comprised of:  Doc Smith, Joe Lyons, Tom Bauman, Adam Nehr, Harold Smith, Karl Wunch, Jack Sweet, Bill Walsh, Lou Tracy, Don Portenier and Jerry Emling met at the Antlers Café, 4th and Sassafrass Streets, and decided to form “The Northwestern Pennsylvania Duck Hunters’ Association.’  The purpose of the organization was to give the duck hunter a chance to voice his opinion on duck blind permits on Presque Isle State Park and work with Park and State authorities on the formulation of hunting regulations.  The club was founded with the motto:  “To preserve waterfowling and protect the privileges of duck hunters.”

Fifty years later the club is still active strong and meeting regularly.  Their steadfast commitment to protect the rights of the duck hunter has preserved the right and opportunity to hunt on Presque Isle Park as well as sponsoring countless waterfowl and conservation efforts all over northwest Pennsylvania.  This is only possible because of your membership and support.

Our Code of Ethics: 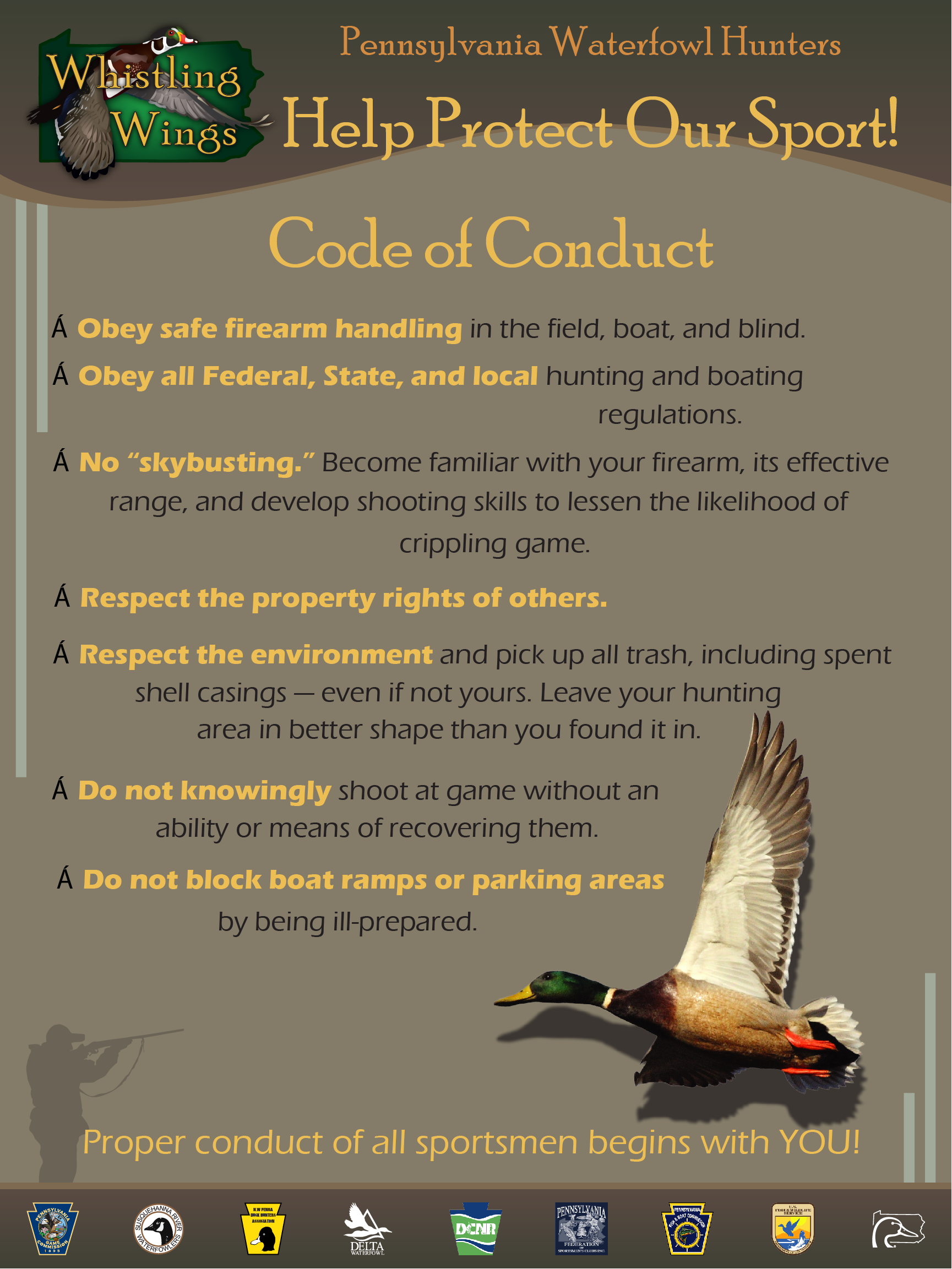